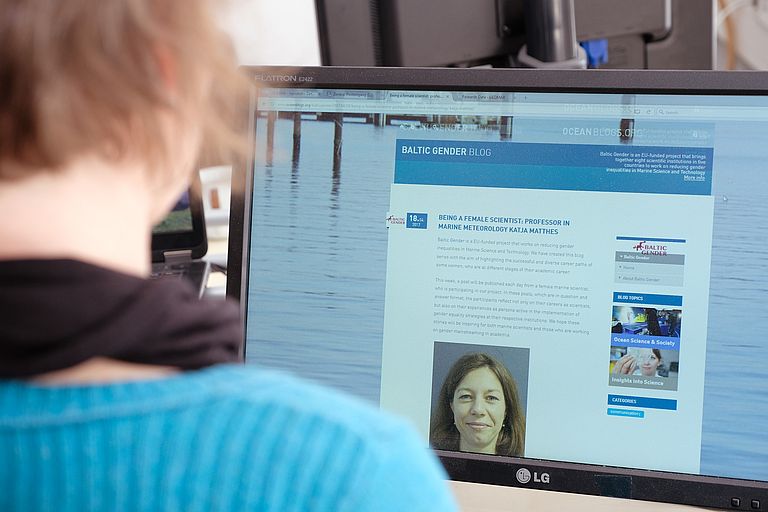 Career Paths of Women in Marine Science and Technology

19 August 2017/Kiel. A new blog series on women in Marine Science and Technology highlights the successful and diverse career paths of women, who are at different stages of their academic career. The blog, which is initiated by the EU project Baltic Gender, aims to portray the career-related experiences of these women and to bring visibility to their aspirations and achievements as well as their struggles.

Just as many women as men start out on their careers in STEM (Science, Technology, Engineering and Mathemetics), but many more men go on to senior positions. The reasons for this so-called “leaky pipeline” phenomenon are often very complex.

The EU project Baltic Gender brings together eight scientific institutions in five countries around the Baltic Sea to work on reducing gender inequalities in Marine Science and Technology. One of the main aims of the project is to promote gender-balanced career advancement in its partner institutions and in marine science in general. To this end, the project has initiated a blog series about female marine scientists in a question and answer format. A diverse portfolio of career paths will be made visible over the next 2 years, in which the blog will stay active.