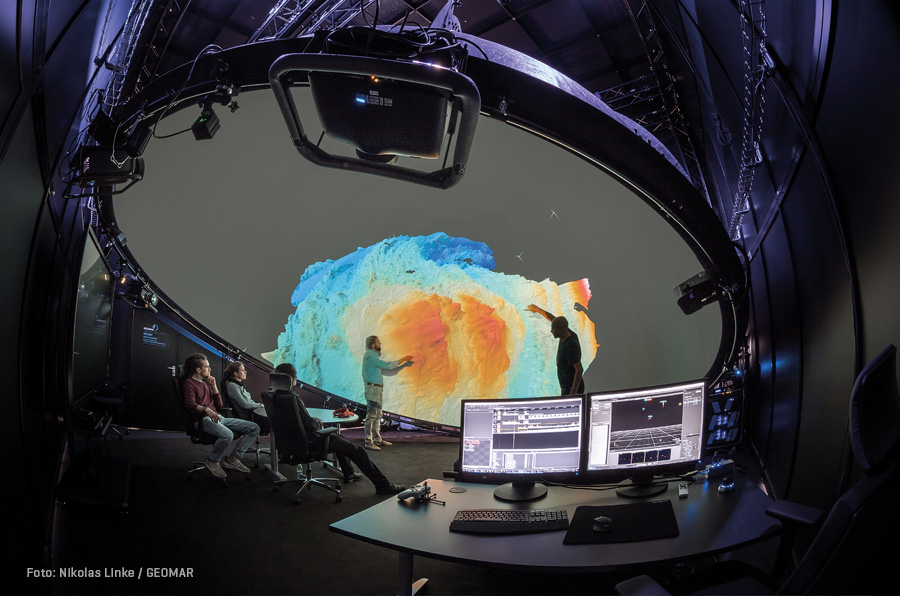 The ARENA (Artificial Research Environment for Networked Analysis) provides visualization services to all scientific disciplines at GEOMAR s well as associated Kiel based marine sciences, with an initial focus on seafloor geology.

The ARENA2 lab is the successor of the ARENA simulator (see below) and is in operation since January 2019. Our general goal is to provide tools to directly improve the scientific workflow by facilitating visual data exploration. Most importantly, we aim to make the system easy to use for anyone, with a minimum to zero learning curve, and a measurable impact on the desired scientific outcome.

ARENA2 is the core infrastructure of the Virtual Seafloor project, which is supported through a grant by the Cluster of Excellence "The Future Ocean" as well as a Phase 2 and 3b grant of the Helmholtz Excellence Network (Grant #18).

The PI of the project is lab head Dr. Tom Kwasnitschka.

Co-PIs of the various grants are:

ARENA2 and the Virtual Seafloor Project are also well linked within GEOMAR, and receives support by the Digital Earth Initiative (Prof. Dr. Jens Greinert) and the general IT department (Mr. Sören Lorenz).

One of the most important goals of the ARENA concept is to enable collaboration and telepresence. The following assets are aimed at this functionality:

ARENA is the previous version of our visualization lab. The semi-portable, fully immersive visualization environment was developed in-house since 2010 through core funding provided by the Cluster of Excellence "The Future Ocean". Viewers stand at the bottom of a lower hemisphere, surrounded by a curved screen that fills the entire field of view.

ARENA was conceived as a virtual working environment to address several challenges of modern deep-sea work:

Although ARENA was developed as part of a public outreach campaign of the Cluster of Excellence, it is currently only used for science with no regular public access, serving as a central hub for professional communication among scientists. It was recently set up at the National Oceanography Centre, Southampton, and will be on display at several other off-campus locations this year. A second system with 4.5 m diameter is available for use in regular office space. 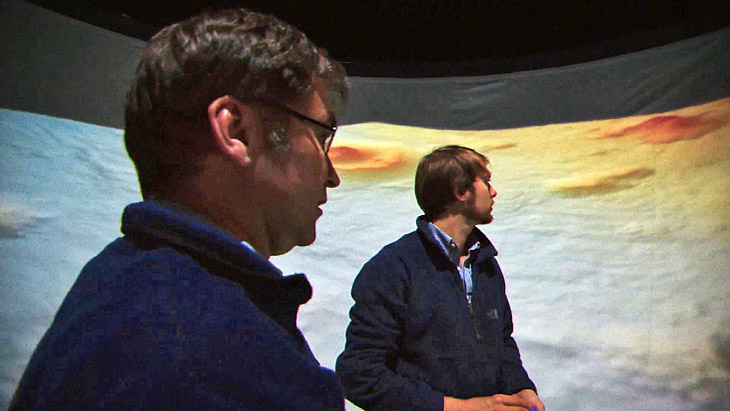